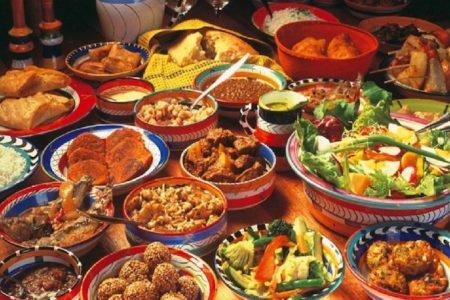 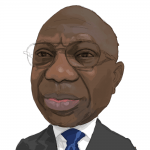 By Femi Olugbile on September 25, 2020
[It is possible to get a sense of a time and a place through depictions of ordinary people carrying out the routines of normal life. Ernest Hemingway demonstrated this in a famous short story in “Men Without Women” where two friends take a brief car trip through Musollini’s Italy. They encounter no “men of power”, speak no “Politics”, but at the end of the “slice of history”, the reader gets an overpowering taste of the times.

At the turn of the century, the suburb of Lagos known as Apapa was still cosmopolitan and eminently livable. It had a “GRA”, comparable in every detail with Ikoyi and Victoria Island. One of the abiding memories of this writer was sitting with the renowned author TM Aluko in his library in an elegant spacious house close to Apapa Club for an hour as he painstakingly explained the details of an assignment. Another memory was the event in the following story, reproduced from a previous edition of this column.]

They have called us together to hear them speak, two controversial men ready to address contentious issues. Invitees have been exhorted to come armed with questions. Chinweizu and Naiwu Osahon would be battle ready.

It promises to be an afternoon of bric a brac.

“Come Chop”, Naiwu Osahon’s restaurant and “talking shop”, is tucked away atop a furniture shop in a long building on Calcutta Crescent, Apapa.

The presentation has already commenced as you gain the entrance.

Chinweizu is reading from their joint document.

“- Let African culture be at the centre of our educational curriculum and foreign culture at the periphery-“, he quotes from Okot p’Bitek.

The time will come to pass, he says, when an African writer will write in the indigenous language he is most fluent in and have his work translated into other African languages. By then non-African languages will have ceased to be official languages in Africa

Afrocentrism is not advocating a wholesale return to the African past, he notes carefully. It merely asks that the past be rediscovered and the still-serviceable parts of it put to use in the present. Modernisation is not the same as Westernisation. Europeanisation and Arabisation are superfluous to the creation of an industrialised African civilisation.

“Africa know thyself, and let your charity begin at home, and not abroad”

He quotes a long stretch from Nnamdi Azikiwe’s “Renascent Africa”, a book published in 1937.

– “Educate the renascent African. Tell him he has made definite contributions to History- that Africa ruled the world from 763 to 713 BC- The renascent Africa will be better off with men and women who are trained to appreciate these facts – “

Strong words. Somehow it all does not sound like the latter-day Owelle of Onitsha– “the beautiful bride”.

The ancient Egyptians of Pharaohs’ times were black men, continues Chinweizu. Herodotus wrote about it. Cheikh Anta Diop tested for melanin pigment in the skins of Egyptian mummies. It was positive. The black man needs cultural confidence to progress. The achievements of the black Egyptians are definitive proof that he is not inferior to anyone. The essence of African creativity has been invested in African languages since the times of the Pharaohs, since five thousand years. Europhone literature is a hybrid of relatively recent origin.

Naiwu Osahon takes over the narrative. His topic is “The so-called language problem in African Literature”.

The time will come to pass, he says, when an African writer will write in the indigenous language he is most fluent in and have his work translated into other African languages. By then non-African languages will have ceased to be official languages in Africa.

Chinweizu proceeds to summarise. He has strands of grey hair in his beard. His igbo accent is thicker than you had thought and there is a slight whine to his voice.

It is now discussion time.

A light-complexioned young man who claims he is from Newbreed Magazine sets the ball rolling. He decries the predictability of this sort of gathering. He had not wanted to come, he says, but had been angered into doing so by certain remarks Naiwu Osahon made in an interview the other day.

Kanmi Ishola Osobu – Fela’s lawyer, “the people’s lawyer”, who is not one of the conveners (“I was not even invited”) decides to respond to the journalist. His voice quickly rises to a courtroom harangue.

Something is missing in the paper presented, he shouts. There is no talk of Ideology. This is crucial for Afrocentrism to thrive.

Nkrumah had it right, he continues, but party apparatchik isolated him from the masses.

He gets up to go after his rousing exhortation (‘I have a meeting in Ibadan’).

The journalist from Newbreed is not done.

“All these demands for ‘commitment’ are stifling our writers’ creativity” he declares. “And Osobu- I wanted to remind him he was in NPN!”

Osahon is bristling and he tries to shut him up.

Chinweizu is more ready to listen, even where he disagrees.

Africans cannot afford to be too “liberal” while Africa is being taken over by Europeans and Arabs, he says. From Mauritania, to Chad, to Sudan.

One chap queries how anyone can write about ‘love’ in Nigeria when there are so many pressing social issues.

“Try leading a platoon of randy troops on a mission-“

Amman Ogan, editor of Sunday Guardian has come in somewhere along the line. She sits quietly through it all, looking dainty in blue.

“Part of our problem in Africa is that a man with only half of an idea in his head gets up and decides to shoot everybody in sight and take over the government. That is not Revolution. That is Thuggery.”

“We may not be alive in fifty years’ time if we do not all become Afrocentric. What the Boers are trying to do in South Africa was what the Arabs did to the black Pharaohs”. Expropriation. Extermination.

But could you expropriate a whole civilisation, and leave not a trace, asks a journalist from Daily Times.

About the Author: admin

THE CARTOON OF THE DEAD MONKEY
The ‘story behind the story’ of Africa’s coordinated response to COVID19. Is Africa coming of age?