KAMALA HARRIS AND THE PSYCHOLOGY OF BLACK ASPIRATION

Kamala Harris and the psychology of black aspiration 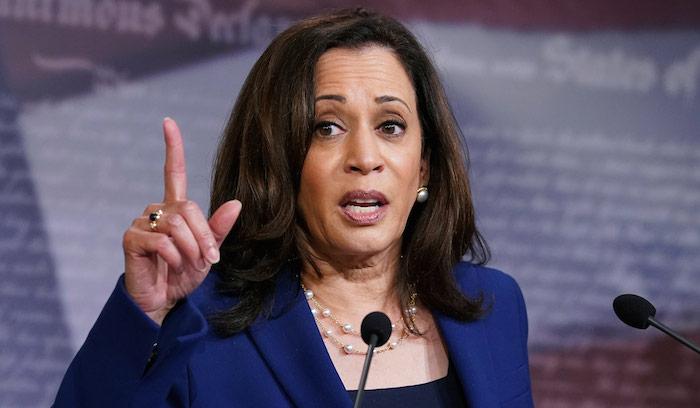 It is no longer news that Kamala Harris, junior Senator from the state of California, has been chosen by the Democratic Party’s Presidential candidate for the November elections in the USA as his running mate and putative Vice President. The implications of that choice are enthralling and wide-ranging.

It is safe to say that the choice of Kamala to run on the Joe Biden presidential ticket is not likely to have occurred if a certain George Floyd had not died on a street in Minneapolis with the knee of a racist, psychopathic policeman on his neck, his dying agony and his killer’s bland indifference captured on camera for all the world to see.

The unique defining feature of the outrage following the Minnesota event has been not just how “international” it is – with street demonstrations in places as far away as Japan, Australia and the European mainland, but also the demographics of the “Black Lives Matter” protests; the protesters were mostly young men and women of all races.

There was a general sense that at last real change had to happen. Monuments to slavery and the oppression of black people in the Western world – including the icons of the Confederate cause in the American Civil War and some of the pillars British imperialism were symbolically toppled from their public pedestals.

Some of the titans of corporate capitalism, such as Barclays Bank and Royal Bank of Scotland felt compelled to make public statements regretting their historical association with slavery and the oppression of black people. Lloyds of London actually offered token reparations. Organisations acknowledged a need to deliberately create more space for black people in the Boardroom. Some major corporations announced they would be committing significant sums of money to boost black enterprise.

All of these provide the context in which the emergence of Kamala Harris needs to be seen.

Some of what she stood for could be gleaned from her accomplishments in the various offices she held. As a prosecutor, she was strong on Law and Order, a rare attribute for a black activist, and one for which she has been repeated called out by the “left” of her party

Of course, Kamala has been many years in the making, and on the rise. For several years, she has been referred to by many observers as ‘the female Obama’ as she streaked up the ladder of public recognition due to her brilliance, eloquence, and the causes she was seen to stand for.

Kamala Devi Harris was born on 20th October 1964 in Oakland, California. Her father, Donald J Harris is an Emeritus Professor of Economics at Stanford University. Her mother, Shyamala Gopalan, was the daughter of a famous Indian family from Tamil Nadu who arrived in the US in 1959 to work as a graduate researcher on breast cancer at University of California, Berkeley. Her parents met as students in California while taking part in Civil Rights protests that were rife in the era. They had two children – Kamala, and a younger sister, Maya.

Typifying her reality as a cross between Africa and Asia, made in the USA, Kamala grew up attending a Black church and a Hindu temple.

When she was seven years old, her parents were divorced. When she was twelve, she moved with her mother to Montreal, Canada. After high school, she studied Political Science and Economics at Howard University. Then she studied Law at the University of California, where she served as President of local Black Law Students Association.

Some of what she stood for could be gleaned from her accomplishments in the various offices she held. As a prosecutor, she was strong on Law and Order, a rare attribute for a black activist, and one for which she has been repeatedly called out by the “left” of her party. She increased the rate of prosecution and conviction for violent crime and was especially hard on people who used assault weapons. She created a Hate Crime unit, focusing on hate crimes against children and teens for their sexual orientation in schools.

She was opposed to death penalty and pledged never to seek it. She created a ‘Back on Track’ initiative for the rehabilitation of first-time non-violent offenders. She favoured criminal penalties for parents whose children were repeatedly absent from school. As Attorney General, she tried to improve policing standards and their behaviour towards minorities by reviewing “implicit bias” and “use of deadly force”. She introduced Police training designed by a Stanford University Psychologist to help rebuild relationship of trust with the community. Her Department of Justice was the first in the country to require all police officers to wear body cameras.

Kamala is passionate on Civil Rights, tough on Law and Order. “Too Establishment”, to “revolutionary” blacks. “Not black enough” to Fox News.

As Senator she has been loud in her condemnation of Donald Trump and his functionaries.

Her enemies fear her and despise her, in equal measure. She not only embodies the ‘black replacer’ – the accomplished, all-American candidate who can sweep the middle ground away, like Obama, and even enjoy the empathy of poor whites, who want to be better Americans, again like Obama did. She has an additional advantage – her Indian heritage. Villagers in Tamil Nadu, her mother’s homeland, it is reported, have been holding vigils to pray for her success.

It is a unique heritage – to be black and Indian and American, all in one.

It may all yet come to naught – and the Trump animus-driven Reality Show may be extended for another four years of horror.

But if America succeeds in wrenching its destiny from the jaws of a virulent and divisive Populism, Kamala may truly become the first black female Vice President in history. She would be a 77-year-old-man’s ‘heartbeat away’ from being President of the USA. And even if that heart continues to beat strongly, she would be sitting pretty to succeed a President Biden after four years.

About the Author: admin